One of WWE’s most deadly steel structures is back for another year of destruction as WWE Champion Drew McIntyre defends his title against five other competitors inside the Elimination Chamber. Meanwhile, “The Head of the Table” Roman Reigns will defend his Universal Championship against the winner of a #1 Contender’s Elimination Chamber Match on the same night. Also, Bobby Lashley defends his United States Championship against Riddle and Keith Lee. 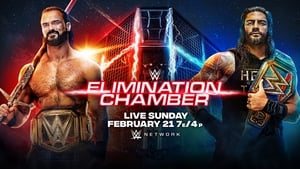